Ashok Khandkar will read from and sign his new biography, Swimming Upstream: Laxmanshastri Joshi and the Evolution of Modern India. 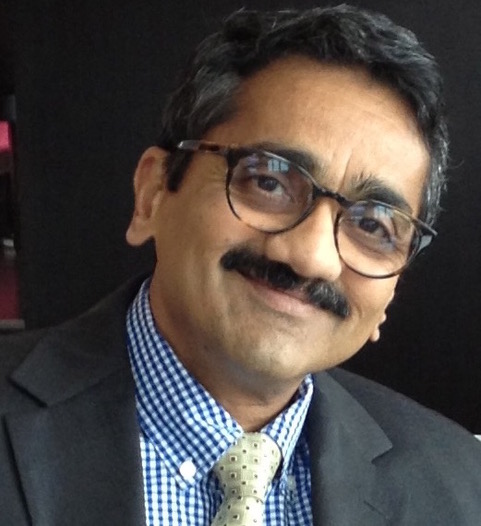 Around the turn of the twentieth century, as Gandhi was getting the satyagraha movement off the ground, a number of thinkers began advocating for social and religious reforms. Amongst them was Laxmanshastri Joshi, a Sanskritist, Vedic scholar and an articulate, passionate champion for erasing the hold that the caste divide and other Hindu dogmatic traditions had on Indian society. He armed Gandhi with arguments that helped bring the so-called untouchables into mainstream. With courage and civility, he sought the higher truth and spoke out against Hindu orthodoxy and for the heterodoxy and polemical debate in the immense sweep of Hindu religion. As an ardent humanist, when confronted with blind adherence to dogma, he provided contrary evidence. His arguments were as innovative as they were simple, helping transcend convention instead of bowing to it. Like Tagore, he was in every respect one of India's renaissance men. From a scholar to reformer, from opposing British imperialism to urging Indian Congress leaders to support the British against the Japanese, Laxmanshastri rose from obscurity to become one of India's leading voices in the making of a free, secular, modern, and democratic India.

Places in the signing line are reserved for those who purchase a copy of Swimming Upstream from The King's English.

GET YOUR COPY NOW! Pre-order your signed copy of Swimming Upstream today, by either calling the store at 801-484-9100 or ordering online. Please specify if you will be attending the event and if you want your book personalized.