Brian McClellan | In the Shadow of Lightning

TKE welcomes epic fantasy novelist Brian McClennan for a discussion of the first book in his Glass Immortals series, In the Shadow of Lighting. 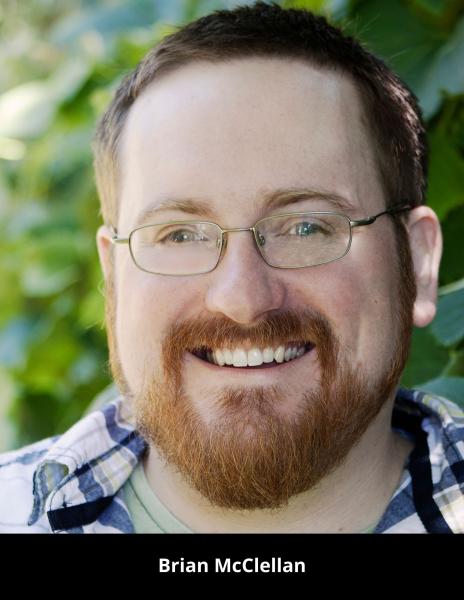 This event is free and open to the public and will take place on the bookshop patio. Places in the signing line are reserved for those who purchase a copy of the featured book from The King's English.

GET YOUR COPY NOW! Pre-order your signed copy of the featured book today, by either calling the store at 801-484-9100 or ordering online. Please specify if you will be attending the event and if you want your book personalized. Order your copy of In the Shadow of Lightning from TKE and receive an exclusive temporary tattoo (while supplies last).

Demir Grappo is an outcast—he fled a life of wealth and power, abandoning his responsibilities as a general, a governor, and a son. Now he will live out his days as a grifter, rootless, and alone. But when his mother is brutally murdered, Demir must return from exile to claim his seat at the head of the family and uncover the truth that got her killed: the very power that keeps civilization turning, godglass, is running out.

Now, Demir must find allies, old friends and rivals alike, confront the powerful guild-families who are only interested in making the most of the scraps left at the table and uncover the invisible hand that threatens the Empire. A war is coming, a war unlike any other. And Demir and his ragtag group of outcasts are the only thing that stands in the way of the end of life as the world knows it.

In the Shadow of Lightning (Glass Immortals #1) (Hardcover)