Our curbside pickup is available Monday-Friday 11 a.m. to 5 p.m. Thank you for your orders!

Hampton Sides | On Desperate Ground: The Marines at the Reservoir, the Korean War's Greatest Battle 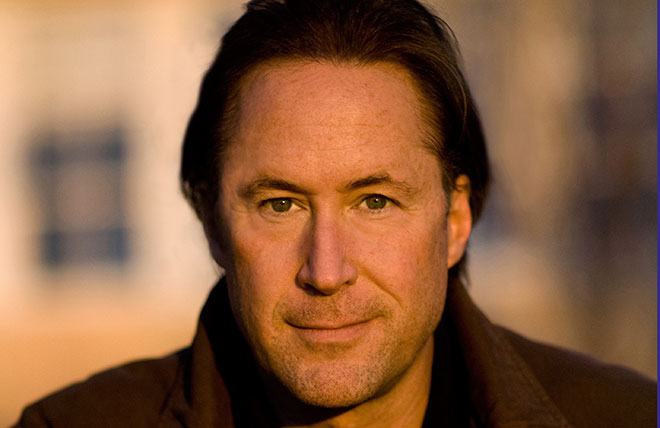 Join award-winning author Hampton Sides for a reading and signing of his new nonfiction book, On Desperate Ground: The Marines at the Reservoir, the Korean War's Greatest Battle.

On October 15, 1950, General Douglas MacArthur, Supreme Commander of UN troops in Korea, convinced President Harry Truman that the Communist forces of Kim Il-sung would be utterly defeated by Thanksgiving. The Chinese, he said with near certainty, would not intervene in the war.

As he was speaking, 300,000 Red Chinese soldiers began secretly crossing the Manchurian border. Led by some 20,000 men of the First Marine Division, the Americans moved deep into the snowy mountains of North Korea, toward the trap Mao had set for the vainglorious MacArthur along the frozen shores of the Chosin Reservoir. What followed was one of the most heroic—and harrowing—operations in American military history, and one of the classic battles of all time. Faced with probable annihilation, and temperatures plunging to 20 degrees below zero, the surrounded, and hugely outnumbered, Marines fought through the enemy forces with ferocity, ingenuity, and nearly unimaginable courage as they marched their way to the sea.

Hampton Sides’ superb account of this epic clash relies on years of archival research, unpublished letters, declassified documents, and interviews with scores of Marines and Koreans who survived the siege. While expertly detailing the follies of the American leaders, On Desperate Ground is an immediate, grunt’s-eye view of history, enthralling in its narrative pace and powerful in its portrayal of what ordinary men are capable of in the most extreme circumstances.

Places in the signing line are reserved for those who purchase a copy of On Desperate Ground from The King's English.

GET YOUR COPY NOW! Pre-order your signed copy of On Desperate Ground today, by either calling the store at 801-484-9100 or ordering online. Please specify if you will be attending the event and if you want your book personalized.

On Desperate Ground: The Marines at The Reservoir, the Korean War's Greatest Battle (Hardcover)