TKE proudly welcomes NYT bestselling author Holly Black for an in-person discussion and signing of her new YA novel, The Stolen Heir. 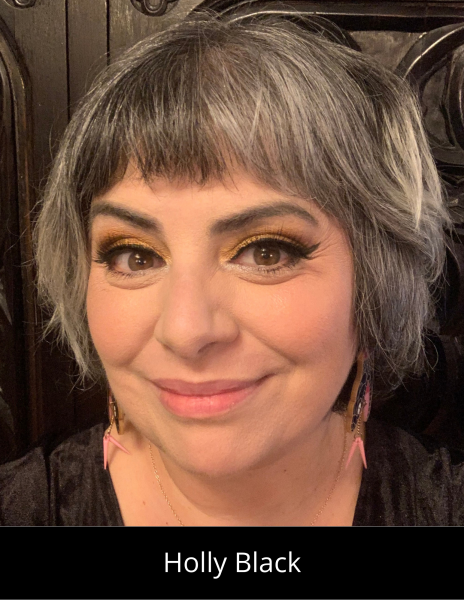 This is a ticketed event and you must purchase a ticket here on Eventbrite to participate.

Swag items (one per ticket while supplies last) includes an exclusive bookmark and enamel pin.

Holly’s backlist will be available for purchase at the event and she will sign and personalize.

Books brought from home will be signed but not personalized.

Name personalizations for The Stolen Heir are welcome but not long quotes or sentences.

Holly will take candid photos during the signing but no posed photos are permitted.

Pre-purchase a copy of The Stolen Heir from TKE during the pre-order campaign? Simply show TKE proof of purchase at the event for entry.

This event is one ticket = one person. Additional guests must purchase a ticket to participate.

A runaway queen. A reluctant prince. And a quest that may destroy them both.

Eight years have passed since the Battle of the Serpent. But in the icy north, Lady Nore of the Court of Teeth has reclaimed the Ice Needle Citadel. There, she is using an ancient relic to create monsters of stick and snow who will do her bidding and exact her revenge.

Suren, child queen of the Court of Teeth, and the one person with power over her mother, fled to the human world. There, she lives feral in the woods. Lonely, and still haunted by the merciless torments she endured in the Court of Teeth, she bides her time by releasing mortals from foolish bargains. She believes herself forgotten until the storm hag, Bogdana chases her through the night streets. Suren is saved by none other than Prince Oak, heir to Elfhame, to whom she was once promised in marriage and who she has resented for years.

Now seventeen, Oak is charming, beautiful, and manipulative. He’s on a mission that will lead him into the north, and he wants Suren’s help. But if she agrees, it will mean guarding her heart against the boy she once knew and a prince she cannot trust, as well as confronting all the horrors she thought she left behind.

The Stolen Heir: A Novel of Elfhame (Hardcover)

The Cruel Prince (The Folk of the Air #1) (Hardcover)

The Cruel Prince (The Folk of the Air #1) (Paperback)

The Wicked King (The Folk of the Air #2) (Hardcover)

The Wicked King (The Folk of the Air #2) (Paperback)

The Queen of Nothing (The Folk of the Air #3) (Hardcover)

The Queen of Nothing (The Folk of the Air #3) (Paperback)

The Folk of the Air Complete Paperback Gift Set (Paperback)

The Darkest Part of the Forest (Paperback)