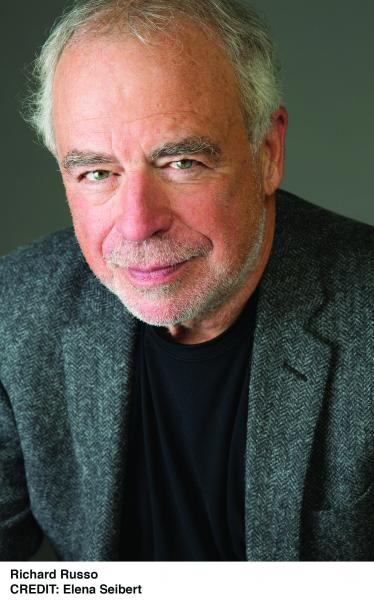 Richard Russo, at the very top of his game, now returns to North Bath, in upstate New York, and the characters who made Nobody’s Fool (1993) a “confident, assured novel [that] sweeps the reader up,” according to the San Francisco Chronicle back then. “Simple as family love, yet nearly as complicated.” Or, as The Boston Globe put it, “a big, rambunctious novel with endless riffs and unstoppable human hopefulness.”

The irresistible Sully, who in the intervening years has come by some unexpected good fortune, is staring down a VA cardiologist’s estimate that he has only a year or two left, and it’s hard work trying to keep this news from the most important people in his life: Ruth, the married woman he carried on with for years . . . the ultra-hapless Rub Squeers, who worries that he and Sully aren’t still best friends . . . Sully’s son and grandson, for whom he was mostly an absentee figure (and now a regretful one). We also enjoy the company of Doug Raymer, the chief of police who’s obsessing primarily over the identity of the man his wife might’ve been about to run off with, before dying in a freak accident . . . Bath’s mayor, the former academic Gus Moynihan, whose wife problems are, if anything, even more pressing . . . and then there’s Carl Roebuck, whose lifelong run of failing upward might now come to ruin. And finally, there’s Charice Bond—a light at the end of the tunnel that is Chief Raymer’s office—as well as her brother, Jerome, who might well be the train barreling into the station.

Everybody’s Fool is filled with humor, heart, hard times and people you can’t help but love, possibly because their various faults make them so stridently human. This is classic Russo—and a crowning achievement from one of the greatest storytellers of our time.

Places in the signing line are reserved for those who purchase a copy of Everybody's Fool from The King's English.

GET YOUR COPY NOW! Pre-order your signed copy of Everybody's Fool today, by either calling the store at 801-484-9100 or ordering online. Please specify if you will be attending the event and if you want your book personalized.