Join Utah author Camron Wright for a discussion of his new novel, In Times of Rain and War. This free, virtual event will take place on Crowdcast and you must register here to participate. Order your book from TKE and receive 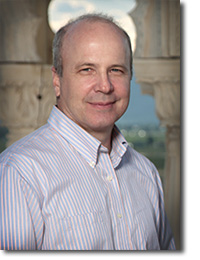 an autographed bookplate, while supplies last.

In September of 1940, during the Blitz in London, Audrey Stocking is blending in with other civilians who are trying to survive the nightly bombings, but she has a secret. She’s not British; she’s German. Her fake passport and nearly perfect English allow her to blend in as she works hard to help evacuate British children into the countryside. Audrey longs to reunite with her family in Hamburg, but her double life, the bombings, and the watchful British Military Intelligence have forced her to stay put. And then there are the paralyzing nightmares . . .

Lieutenant Wesley Bowers, an American soldier training with London’s Bomb Disposal Company 5, meets Audrey when an air raid leaves an unexploded bomb on the floor of her flat. She is attractive, intelligent, and compassionate, and there’s an immediate connection between them. As they get to know each other, Wesley realizes Audrey is the one bright spot amid the war’s unending bleakness and constant threat of death. But will he still feel the same if he discovers the secrets she is hiding? Secrets even Audrey is unaware of?

Her past haunts her. His future hangs by a thread. Their lives are intertwined by a bomb.

In Times of Rain and War (Hardcover)