This virtual event will take place on Crowdcast. Purchase Citizen Reporters from The King's English Bookshop and recieve an autographed bookplate. *While supplies last*

Registration for this event is now open! Click here to register. 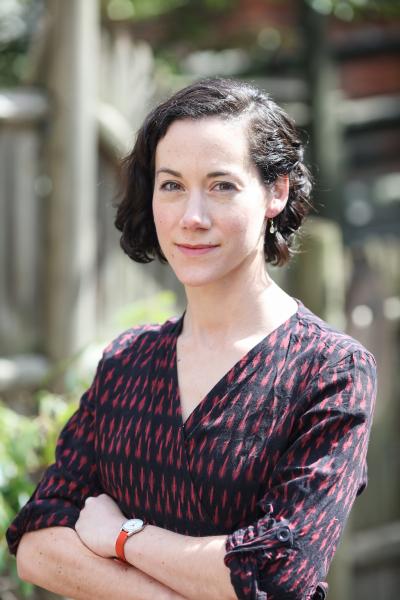 Journalist Stephanie Gorton, author of Citizen Reporters: S.S. McClure, Ida Tarbell and the Magazine That Rewrote America, will discuss the book and explore the topic, "Muckrakers: American Investigative Journalism Gilded Past and Uncertain Future." Stephanie will be in conversation with former Los Angeles Times national and foreign correspondent, Rone Tempest. This event is co-sponsored by the non-profit Utah Investigative Journalism Project.

Citizen Reporters: S.S. McClure, Ida Tarbell and the Magazine That Rewrote America is a fascinating history of the rise and fall of influential Gilded Age magazine McClure’s and the two unlikely outsiders at its helm—as well as a timely, full-throated defense of investigative journalism in America

The president of the United States made headlines around the world when he publicly attacked the press, denouncing reporters who threatened his reputation as “muckrakers” and “forces for evil.” The year was 1906, the president was Theodore Roosevelt—and the publication that provoked his fury was McClure’s magazine.

One of the most influential magazines in American history, McClure’s drew over 400,000 readers and published the groundbreaking stories that defined the Gilded Age, including the investigation of Standard Oil that toppled the Rockefeller monopoly. Driving this revolutionary publication were two improbable newcomers united by single-minded ambition. S. S. McClure was an Irish immigrant, who, despite bouts of mania, overthrew his impoverished upbringing and bent the New York media world to his will. His steadying hand and star reporter was Ida Tarbell, a woman who defied gender expectations and became a notoriously fearless journalist.

The scrappy, bold McClure's group—Tarbell, McClure, and their reporters Ray Stannard Baker and Lincoln Steffens—cemented investigative journalism’s crucial role in democracy. From reporting on labor unrest and lynching, to their exposés of municipal corruption, their reporting brought their readers face to face with a nation mired in dysfunction. They also introduced Americans to the voices of Willa Cather, Arthur Conan Doyle, Robert Louis Stevenson, Joseph Conrad, and many others.

Tracing McClure’s from its meteoric rise to its spectacularly swift and dramatic combustion, Citizen Reporters is a thrillingly told, deeply researched biography of a powerhouse magazine that forever changed American life. It’s also a timely case study that demonstrates the crucial importance of journalists who are unafraid to speak truth to power.