Join us for a multigenerational virtual book discussion with Shirley Ann Higuchi, JD, author of Setsuko’s Secret: Heart Mountain and the Legacy of the Japanese American Incarceration and Salt Lake City community leaders Dr. Jeanette Misaka and Floyd Mori, who are featured in the book. 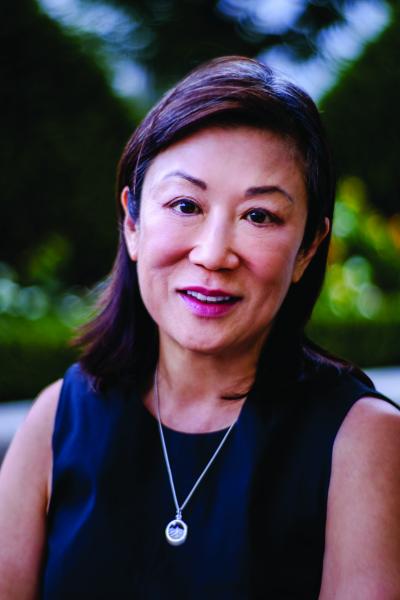 They will discuss the book, the history of Japanese Americans in Salt Lake City and the relevance today. Judge Raymond Uno who is a key character and friend of the late Setsuko Saito, will make opening remarks. Ray Locker, editorial consultant for the HMWF, will moderate the conversation. JACL co-president Trey Imamura will provide next generation reflections. This event is made possible by a partnership of the Salt Lake City Chapter of the Japanese American Citizens League and the Heart Mountain Wyoming Foundation.

This free, virtual event will take place online. Click here for registration and event link. Order your copy of Setsuko’s Secret: Heart Mountain and the Legacy of the Japanese American Incarceration from The King's English Bookshop and receive an autographed copy, while supplies last.

As children, Shirley Ann Higuchi and her brothers knew Heart Mountain only as the place their parents met, imagining it as a great Stardust Ballroom in rural Wyoming. As they grew older, they would come to recognize the name as a source of great sadness and shame for their older family members, part of the generation of Japanese Americans forced into the hastily built concentration camp in the aftermath of Executive Order 9066.
Only after a serious cancer diagnosis did Shirley's mother, Setsuko, share her vision for a museum at the site of the former camp, where she had been donating funds and volunteering in secret for many years. After Setsuko's death, Shirley skeptically accepted an invitation to visit the site, a journey that would forever change her life and introduce her to a part of her mother she never knew.
Navigating the complicated terrain of the Japanese American experience, Shirley patched together Setsuko's story and came to understand the forces and generational trauma that shaped her own life. Moving seamlessly between family and communal history, Setsuko's Secret offers a clear window into the "camp life" that was rarely revealed to the children of the incarcerated. This volume powerfully insists that we reckon with the pain in our collective American past.

Setsuko's Secret: Heart Mountain and the Legacy of the Japanese American Incarceration (Hardcover)