Our DELIVERY team has been laid low with COVID so we're sorry but we'll have to put it on hold for a couple of weeks.

This event is free and open to the public and will take place at  University of Utah S.J. Quinney College of Law 383 South University St E, Salt Lake City, UT 84112.

The Malheur National Wildlife Refuge Occupation and Combatting Violent Extremism is the focus of this "Wallace Stegner Center Green Bag."

Peter Walker will discuss his book, Sagebrush Collaboration: How Harney County Defeated the Takeover of the Malheur Wildlife Refuge. 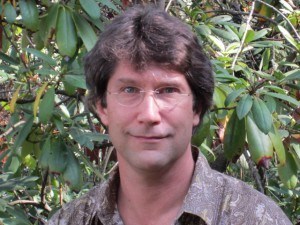 America has become all too familiar with the impacts on human lives and communities of violent domestic extremism. One such incident occurred in 2016 when armed anti-federal government activists seized the Malheur National Wildlife Refuge in Oregon. While the international media focused on the very real prospect of mass carnage, far less attention was paid to the indispensable role of local citizens in bringing the standoff to a relatively nonviolent conclusion. Through decades-long investments in community building and collaborative problem-solving, Harney County citizens defeated the violent extremism that came uninvited into their community. This is a story that provides potentially valuable lessons as the nation struggles with violent domestic extremism today.

Peter Walker studies the social factors that shape human interactions with the environment, with emphasis on the rural American West, and Africa. After the armed militant takeover of the Malheur National Wildlife Refuge in early 2016, Walker became almost a part-time resident of Harney County, Oregon, while writing his book Sagebrush Collaboration: How Harney County Defeated the Takeover of the Malheur Wildlife Refuge (Oregon State University Press 2018). Walker’s first book (Planning Paradise, University of Arizona Press 2011), examined the politics of land-use planning in Oregon. A native Westerner, Walker received his doctorate at UC Berkeley in 1997 and his master’s degree in environmental policy at Harvard University in 1990. Walker has served since 1997 on the faculty of the University of Oregon, where he is Professor of Geography and Environmental Studies.

GET YOUR COPY NOW! Pre-order your signed copy of Sagebrush Collaboration: How Harney County Defeated the Takeover of the Malheur Wildlife Refuge today, by either calling the store at 801-484-9100 or ordering online. Please specify if you will be attending the event and if you want your book personalized.