Sorry we are still closed for browsing! We're working to get everyone's orders fulfilled but we're very far behind. We will contact you as soon as your order is ready; thanks for your patience! 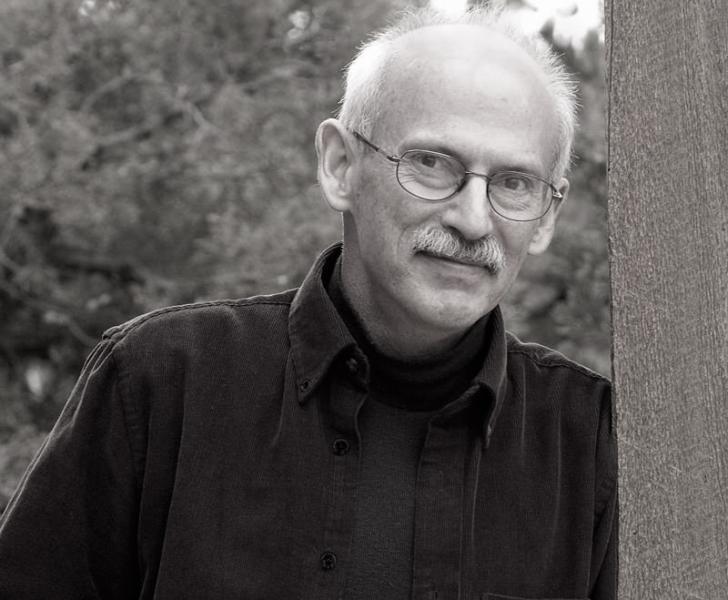 STEPHEN TRIMBLE was born in Denver, his family's base for roaming the West with his geologist father. After a liberal arts education at Colorado College, he worked as a park ranger in Colorado and Utah, earned a master's degree in ecology at the University of Arizona, served as director of the Museum of Northern Arizona Press, and for five years lived near Santa Fe, New Mexico. He has been a full-time free-lance writer and photographer since 1981.

Trimble has received significant awards for his photography, his nonfiction, and his fiction - including The Sierra Club's Ansel Adams Award for photography and conservation; The High Desert Museum's Chiles Award for promoting "thoughtful management of the natural resources of the Intermountain West;" and a Frank Waters Southwest Writing Award for fiction. He is proud that his alma mater, Colorado College, honored his choice to remain a stubborn generalist by awarding him a Doctor of Humane Letters for his efforts to increase our understanding of Western landscapes and peoples. As writer, editor, and photographer Trimble has published nineteen books. His bedrock focus is the land -western wildlands and natural history- including:

The Geography of Childhood: Why Children Need Wild Places (with Gary Nabhan)
The Sagebrush Ocean: A Natural History of the Great Basin Earthtones: A Nevada Album (with Ann Ronald)
Blessed By Light: Visions of the Colorado Plateau
Words From the Land: Encounters with Natural History Writing.

Trimble spent ten years listening to Southwest Indian people, and their stories fill his books: The People: Indians of the American Southwest
Talking With the Clay: the Art of Pueblo Pottery
Our Voices, Our Land

He also contributes commentaries to local and national NPR shows, especially "The Savvy Traveler."
Trimble co-compiled (with Terry Tempest Williams) a landmark effort by writers hoping to sway public policy: Testimony: Writers of the West Speak on Behalf of Utah Wilderness. On March 27, 1996, Senator Russell Feingold (D-WI) read Trimble's essay from Testimony, "Our Gardens, Our Canyons," on the floor of the United States Senate during his plea to protect Utah wilderness. He concluded with, "That short piece of writing is so powerful…because it is a timeless statement about how people feel about natural places.”

Trimble makes his home in Salt Lake City and in the redrock country of Torrey, Utah, with his wife and two children. From his attic studio in the city, he looks out on the Great Basin and Wasatch Mountains, writes at his grandfather's desk, and manages his stock photography business.

Salt Lake City author and photographer Steve Trimble traveled to Oklahoma City in April for the National Cowboy Museum's Western Heritage Awards. His book, Lasting Light: 125 Years of Grand Canyon Photography won the photography book award. It really was the "Cowboy Oscars," complete with jumbotron screens on either side of the stage! Steve and his publisher (David Jenney, from Northland Publishing) had 2 minutes to give their joint acceptance speech to a banquet hall filled with 1200 people dressed in "cowboy formal" attire. John Wayne's granddaughter and Red Steagall, the poet laureate (cowboy poet, needless to say) of Texas presented Steve with his 13-inch bronze "Wrangler". The Museum has given awards for nearly fifty years in film, television, music, and literature, but this is just the third year an award has been given to the outstanding photography book.

2007 Winner of the Western Heritage Award for Outstanding Photography.
One of the most photographed subjects on earth, Grand Canyon continues to inspire awe, admiration, and frustration for those who attempt to capture its majesty on film. From nineteenth century pioneer photographers using glass plate negatives to the twenty-first century's artful digital images, Canyon photography has loomed large in our nation's creative psyche for the past 125 years. The Canyon's immensity transcends the human scale and presents unsurpassed opportunities and obstacles to those who try to render it photographically. Included are captivating essays from twenty-one of the finest contemporary Grand Canyon photographers to help tell the Canyon's photographic tale.

Bargaining for Eden: The Fight for the Last Open Spaces in America (Paperback)

Talking with the Clay: The Art of Pueblo Pottery in the 21st Century, 20th Anniversary Revised Edition (Native Arts and Voices) (Paperback)