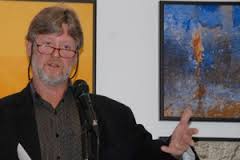 Michael Gills’ first collection of short fiction, Why I Lie, was published by University of Nevada Press in 2002. It won a Utah Book Prize, was a finalist for the Arkansas’ Porter Prize and was chosen as a top literary debut by The Southern Review. A second collection, The Death of Bonnie and Clyde, will be out from Texas Review Press in October, the title story of which just won Southern Humanities Review’s Hoepfner Prize for the best story published there in 2010. A novel, Go Love, will be published this fall by Raw Dog Screaming Press. A third collection of stories, Eternally Yours, is currently on the market. Gills has published more than forty short stories, received 25 Pushcart nominations, appeared in multiple Best of the South publications and held the Randall Jarrell Fellowship at the University of North Carolina. Gills holds additional degrees from the University of Arkansas and the University of Utah where he earned the Ph.D. His fiction is forthcoming in New Madrid, Boulevard and The Texas Review. Other stories have appeared in The Gettysburg Review, The Greensboro Review, Shenandoah, Quarterly West, The Oxford American, Salt Hill, The Chattahoochee Review, Southern Humanities Review, McSweeney’s, Verb, New York Stories, New Stories From The South and elsewhere. A Utah Established Artist grant recipient, Gills is currently Associate Professor/Lecturer of writing and core faculty for the Honors College at the University of Utah.

"The Death of Bonnie and Clyde" and Other Stories (Paperback)