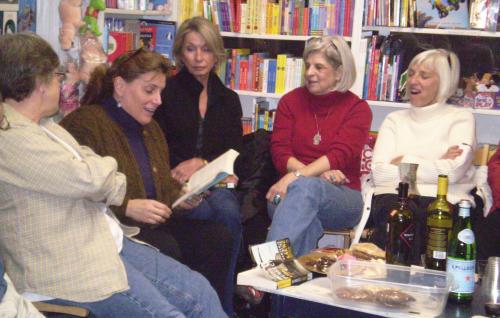 Books, new in paper, a glass of wine, a nibble and lively conversation makes this a fun evening.

January: The Overstory by Richard Powers

March: The Crossing by Cormac McCarthy

May: The Octopus by Frank Norris

July: The Only Woman in The Room by Marie Benedict

September: The Legend of Pradeep Matthew by Shehan Karunatilaka

November: There There by Tommy Orange

The Overstory: A Novel (Paperback)

Underground in Berlin: A Young Woman's Extraordinary Tale of Survival in the Heart of Nazi Germany (Paperback)

The Octopus: A Story of California (Epic of the Wheat) (Paperback)

The Only Woman in the Room (Paperback)

There There: A novel (Large Print / Paperback)