Hello and first of all, thank you for supporting us during this crazy scary time! If you’re looking for a great read and we hope you are, it’s best to order online right now. We are operating with very limited staff and are working hard to get everyone’s orders filled and out the door. You may not get a response right away but we'll do the best we can to answer everyone as soon as we can. We appreciate your patience and good wishes and we love you; truly we are in this together. 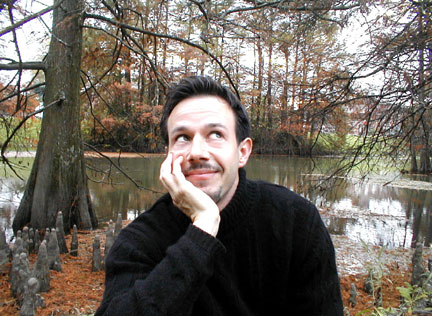 Cartooning has long been a part of Mark Pett's peripatetic life.

His desire to be a cartoonist started when he was 8 years old. At the age of 9, he submitted his first comic strip to The Salt Lake Tribune. (Sadly, the paper rejected it -- they accepted only syndicated material.)

In high school, Mark's caricatures of his teachers won him the admiration of his peers.

Mark's college years were spent at the University of Pennsylvania, where the satisfaction of turning in a poignant cartoon of his linear algebra professor more than made up for the "F" he received on his transcript.

After graduating in 1992 with a degree in philosophy, Mark traveled all the way to Prague to spend a year teaching English and "skewering Czech political figures" as an editorial cartoonist.

His travels then took him to rural Mississippi, where he spent two years as a sixth-grade public schoolteacher. Mark's experiences later inspired "Mr. Lowe," his syndicated comic strip about a novice teacher overwhelmed by his students.

In 1996, he went back to Utah and made his living as a free-lance cartoonist. His editorial cartoons appeared in both The Salt Lake Tribune and the Deseret News. In 1998, the Society of Professional Journalists named him Utah's most outstanding editorial cartoonist.

Lizard from the Park (Hardcover)

The Girl and the Bicycle (Hardcover)

The Boy and the Airplane (Hardcover)

The Girl Who Never Made Mistakes (Hardcover)